Are You Afraid To Win or Do You Just Love Losing?

[This is the companion website to: ImpactEQ™ | Psyche Suite™ | Psyche Jujutsu™ | Psyche Stack™]

"What is this nonsense, 'Business is the Battlefield'"?

This website is about Business. And Commerce. And Business as the ultimate Battlefield of Life, the Engine of Life, and Life as the ultimate Video Game. And ultimately about winning. That is, guiding you win, and winning.

Test it. Nail it. Scale it.
Then Terraform Cultures, Languages, Mores, Psyches.
@Scale.

Simply stated, everything is downstream of business, and commerce.
From the Greeks, Romans, Normans, Arabs, and Americans to dozen and dozens of cultures in between with clear signs of this from Asia with Sino-influences and impacts (Japan, Korea, Vietnam, etc.) to Indo-influences (Cambodia, Laos, and so forth).

"But I am not in Business. I don't own a business."

If you consume, get paid, make purchasing decisions, invest, write reviews or comment on products and services, you are on the Battlefield of Business.

Within the Battlefield of Business, there are many Roles and Ranks. All are important. Here is an overview of the some of the most common.

So what will you cover?

Specifically, we cover the application of psychology and military strategies, and tactics related to business - hiring, firing, scaling. From capital accumulation to company formation. Battling with, wrecking, razing or sidestepping the competition.

And all of the small, seemingly minor interactions, contractual clauses and concepts that are the most often lynch pin of success, or the cause of failure that most people have no idea about. And the few that do either cannot articulate them, will not articulate them (for fear of reprisals or appearing "Machiavellian") or they will "greedily" hoard them for themselves.

We also address, characterize, expand and extend Nassim Nicholas Taleb's concept and word coinage / neology of Antifragile, and exactly how to use it to construct Antifragile systems as well as how to cripple and destroy them.

Now what if, in fact, most of the accepted "truths", and official narratives about why certain startups, new ventures or new products have succeeded or failed are completely wrong?

Worse, what if these accepted truths, and official narratives are not just simply wrong but dangerously destructive and intentionally disseminated? And worst of all, what if these destructive "truths" have become so accepted and so ingrained that they are now enshrined as a series of powerful Myths and Memes?

Have you ever considered the following? 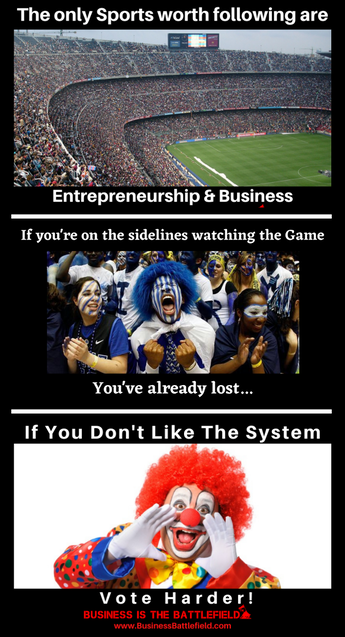